This year, our team is growing and growing! We recently welcomed in two new part time staff members. 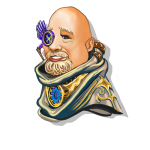 David has a background in Journalism and Theology, and is joining the Scarlet City Studios team as our theological consultant. David’s role is to bring theological depth and cohesion to all of our projects. We are enjoying having him on the team! 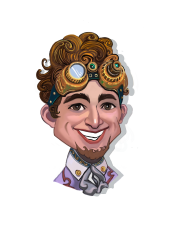 Lance has joined the Scarlet City Studios team as the first member of the Quality Assurance team! At a young age Lance was utilising the many iterations of RPG Maker to formulate easy-to-create video games for him and his friends. By this time he’d already garnered many accolades in games; from beating Sephiroth in the centre of the planet thereby averting global destruction, to defeating Sarevok under Baldur’s Gate and preventing civil war. After getting in touch with Scarlet City Studios, and explaining his passion for gaming and creation, the team was persuaded to hire him to test their visionary game. He currently works at beating up automatons for a living and spending any spare time he can find studying to create games. So really, things haven’t changed all that much. Lance’s role is to ensure that when game patches and updates are released, they are ready for prime time! Lance’s job can be tedious or repetitive at times, but he enjoys his role on the team and enjoys ensuring players have a quality experience!

brookwarner
Brook is a learner and a thinker who loves to help bring about change. He has an MSc from Auckland University and a Grad Diploma in Applied Theology from Carey Baptist College. This interface of science and theology underscores his passion for systems, processes, people and strategy - all of which are vital for his role as Producer, which is about overseeing the team and keeping the project on schedule.
Recent Posts

Send us an email